A son of the Amman Valley, Aled Griffiths was called up to the Pontypridd ranks at a time when the club’s front row options were critically limited, and stepped up into the breach to great effect. 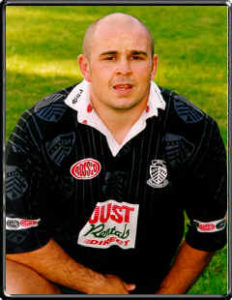 Although primarily a loose head, Aled covered the tight head prop position on many occasions, and did so in some high profile European encounters against top class opposition such as Dax, Leicester and Munster.

His efforts were rewarded by a call up to the Wales A team. After leaving Pontypridd, Aled went on to play for Bridgend, before becoming player-coach at Ammanford RFC.