Rory Greenslade-Jones came to Pontypridd in 1999, from English premiership club Gloucester. A soldier by trade, he was a member of the Parachute Regiment, and represented the Army and Combined Services. 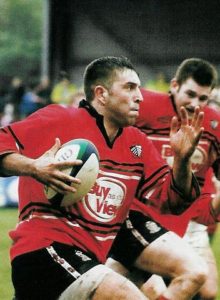 A strong attacker from wing or centre, Rory was also called up to play for the Wales A team. He notched up an impressive return of nine tries in seventeen appearances for Pontypridd.