Jordan Grass represented his local club Newport Salop before being drafted into the Sale Academy.

Registered as a student at the University of South Wales, Jordan’s potential as a prop forward was brought to the attention of Pontypridd, who drafted him in on permit to play during the 2015 – 16 campaign. Jordan went on to make 13 appearances for the club. 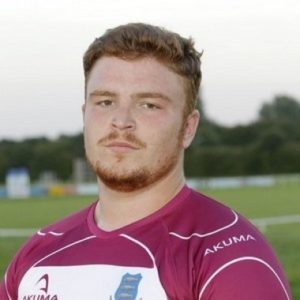