Howard Goodfield made his senior Pontypridd debut still as a schoolboy against Bridgwater in April 1950, joining his elder brothers Allan and Hugh in the squad. 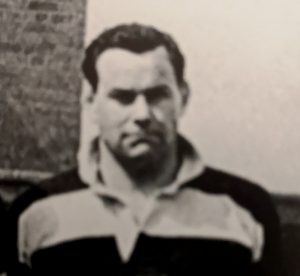 He went on to be an influential player for the club over the following fifteen seasons, playing in the second and back rows and scoring 14 tries in his 153 senior appearances.

Howard’s involvement with Pontypridd RFC continued long after his playing days, serving on the club committee.