Loose-head prop Ian George was at the veteran stage of an illustrious career when he joined up with Pontypridd in 2018. 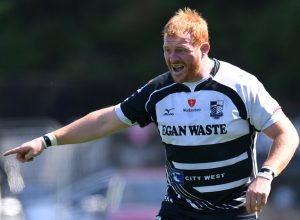 The Cwmbran product , who had been capped by Wales at Youth level, had previously represented Newport, Cross Keys, Ebbw Vale, London Welsh, Cardiff and Bedwas at Premiership level and had been drafted into the regional squads of both the Dragons and Blues.

Following a second spell with Ebbw Ian linked up with Pontypridd to offer experience in the front row and proved to be a dedicated servant making 31 appearances for the club during a two season stay.