A former Captain of Oakhill College 1st XV in New South Wales, Tom Games arrived on these shores in 2006 with a view to playing for Cardiff RFC, after being headhunted by Blues Academy coach, Justin Burnell, who watched Tom in action for Gordon Rugby. 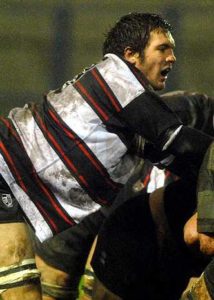 Finding his opportunities at Cardiff limited, and mindful of the distance he had travelled to play, Tom sought a transfer to Pontypridd in late 2006.

Fitting in well at the Valley Commandos, Tom became a firm fan-favourite.

Tom left Pontypridd at the end of the 2006-07 season to return home to Australia.