Hailing from Cilfynydd, Lee Fuge came up through the junior and youth ranks with his local club, gaining honours at District level. 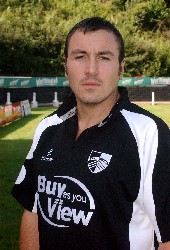 The progression continued as Lee was promoted to the Cilfynydd senior squad in 1995, playing with them for two seasons.

A transfer followed to Llantwit Fardre where, under the guidance of coach Justin Burnell, Lee played an integral part in the club’s rise from Division Four to Division Two.

When Justin Burnell took over as forwards coach at Pontypridd in the summer of 2003, he took Lee with him to bolster the scrummaging power of the young Ponty premiership squad.