A member of the league winning squad of 1996/67, Phil was one of a famous rugby playing family from Rumney, Cardiff, his brother Steve having played for Wales, and brother Edwin a former Ponty player. 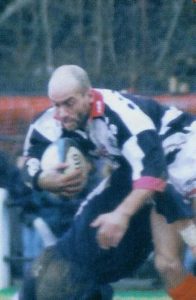 Phil came to Ponty from a rugby league background, where he won international honours.

After retiring as a player, Phil became manager the “Robin Hood” pub in Canton, Cardiff.