Tongan international prop Tau Filise had played for the Blues and Chiefs in New Zealand before coming over to the UK, initially with Bath then in 2006 joining Cardiff Blues. 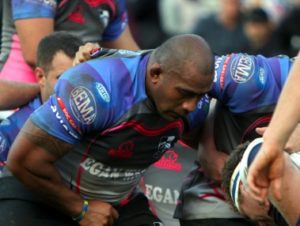 By now a senior statesman, who was the first to reach the 200 cap milestone for the Blues, Filise was drafted into the Pontypridd squad for its British & Irish Cup campaigns in 2014 and 2015, adding valuable experience to the club’s front row selection.