Brought to Pontypridd by coach Richie Collins at the beginning of the 2001 season, Feaunati made a brief impact, notching up an impressive hat-trick of tries in a league game against Caerphilly. 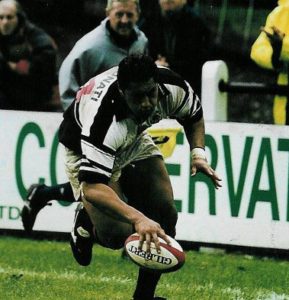 When Collins departed, and Clive Jones came in as Director of Rugby, a clear out of personnel saw Samoan international Feauanati departing the scene.