Joining Pontypridd from his home town club of Mountain Ash, Neil soon made an impression as a forceful and mobile loose head prop. 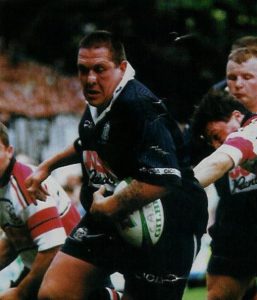 Over the next twelve seasons he established himself as a vital cornerstone of Ponty’s push for league and cup success, his ability to pack down on both sides of the scrum proving a big asset for the club.

A genial character away from the field of play, “Onions” became a huge favourite with the Sardis Road supporters.

Having hung up his boots as a player, Neil returned to Mountain Ash as forwards coach.