Wayne Evans joined Pontypridd RFC as a Youth player in 1964 having been capped by Wales at under 16 level. 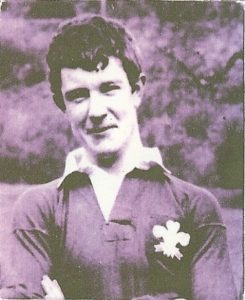 Wayne (knows as ‘Piggsy’) made his first team debut against Neath on the 24th of April, 1965, where he packed down opposite the great Welsh All Black, Morlais Williams. The baptism of fire continued against Llanelli five days later, as he went head-to-head with the Scarlets’ Norman Gale.

Wayne started 300 first XV games for Pontypridd, and last played at the end of the 1978-1979 season. He went on to become Assistant Coach under Cenydd Thomas during the 1981-1982 season.