A product of the Carmarthen Quins club Wayne Evans was capped by Wales at Youth and under 21 level, a member of the Scarlets Academy before he moved to the Blues in 2005. It was from the capital region that Evans linked up with Pontypridd. 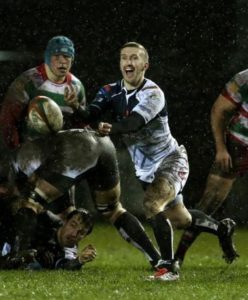