Hailing from Bryncoch, Jon Evans represented his local village team and Neath Tertiary College, before his studies took him to UWIC and then on to Cambridge University, for whom he played in the Varsity Match of 1995. His next stop was Pontypridd, coming in as understudy to club stalwart Phil John. 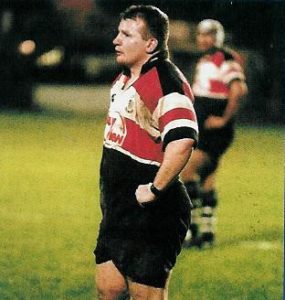 Jonathan moved over the Severn Bridge to Bristol, before returning to Ponty for another spell in the year 2000.

Jonathan, who won international honours with Wales at under 18, under 19 and A level, then departed to join up with Ebbw Vale.