Born and bred in Hopkinstown, Jarrod Evans came up through the ranks of Pontypridd juniors, drafted in the meantime into the Blues age grade and academy squads. 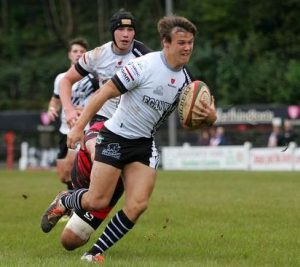 Allocated to his local club from the regional academy, Jarrod made his senior Ponty debut in 2013 at just seventeen years of age. His huge potential as a creative outside half was already evident, with Wales caps won at youth and under 20 levels and a senior debut for the Blues following in 2015.

In his 15 Ponty appearances Jarrod totaled 120 points. He went on to cement himself in the Cardiff Blues team and to gain senior international honours with Wales from 2018.