Gareth Evans represented Pontypridd Schools and Pontypridd Youth before stepping up to senior level, playing for Rhydyfelin and the Pontypridd Athletic XV in the scrum half position. 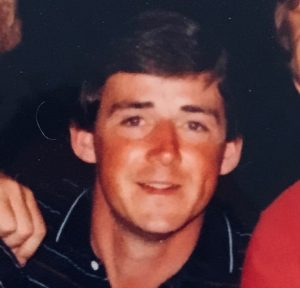 Having relocated to Reading to study physical education, Gareth played for the local Abbey RFC, for Berkshire and for British Colleges.

A return to Wales saw Gareth spending two seasons at Cardiff, vying for the no9 shirt with Wales international Terry Homes, before making a homecoming to Pontypridd. Gareth made 9 senior appearances for the club and was a member of the touring party to Florida in May 1986.

After hanging up his boots Gareth became coach with Pentyrch, Llantwit Fardre and with the Pontypridd Juniors, nurturing future international talent such as Ceri Sweeney, Geraint Lewis and Martyn Williams.