Cilfynydd born Jon Elley represented his local club at junior and youth levels, being drafted into the Blues Academy. 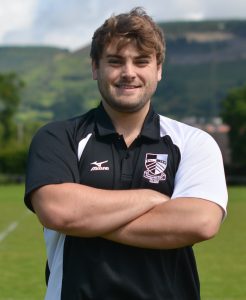 Originally playing as a hooker, following in the footsteps of his father Paul who represented both Clifynydd and Pontypridd in that position, Jon was then modified into a tight head prop.

Called up into the Pontypridd senior squad in 2017 Jon went on to make 17 appearances for the club.