Hailing from Whitland in Carmarthenshire, Mike Edwards joined from Ebbw Vale, and played for Pontypridd over a period of five seasons in the early eighties, scoring 24 tries for the club. 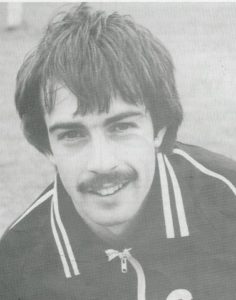 Mike also had 10 drop-goals to his name including one within 5 seconds of kick-off in a game against Bristol. His honours included playing for the Welsh Schools side and the British Universities team.

Mike went on to be Managing Director of an Electronics company in Maidenhead.