Having previously represented and captained Caerphilly, David ‘Buster’ Edwards joined up with Pontypridd in 1966. 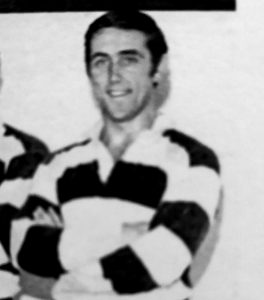 Offering a versatility across all back row positions Edwards established himself in the Ponty line-up, acting as vice-captain to Joe Smith for the 1967-68 campaign. During a five season stint Edwards totaled 151 appearances, scoring 11 tries.

After departing Pontypridd in 1971 Edwards captained Senghenydd RFC to Silver Ball triumph and went on to coach the team.