Bob Dyer was born in Glyneath, and played for Welsh Schools, Welsh Secondary Schools, and was captain at Swansea RFC, and for the Wales B team. 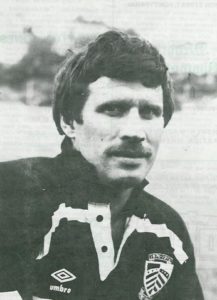 Bob was Vice Captain of the Pontypridd RFC touring party which visited Canada in 1980.

In a career spanning seven seasons with Pontypridd, Bob scored a total of thirty-one tries for the club.