Gilfach Goch born Huw Dowden came up through the ranks with his local club before joining up with Beddau RFC in division one of the National Leagues, still at only eighteen years of age.

Featuring for the Blues regional age grade sides, and drafted into the Blues Academy, Huw won international honours with Wales at under 18 and under 19 level. 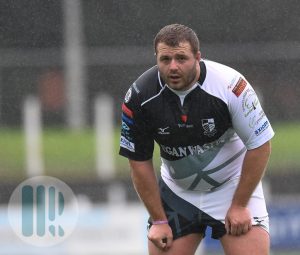 Allocated by the Blues to Glamorgan Wanderers, Huw represented the Ely based club in their Premiership campaign of 2007 – 2008. Having then been released by the regional Academy, Huw’s next move was to join up with Pontypridd during the summer of 2008. Establishing himself as a hard scrummaging hooker, Huw also occasionally took on the duties of tight head prop during the 2015 – 2016 campaign.

A stalwart of the Pontypridd team for over a decade, Huw made 258 appearances and was the club’s top try scoring hooker with a tally of 32.

Huw Dowden was employed as an Assistant Head Teacher at Mountain Ash.