Rhondda boy Corey Domachowski was developed through the Blues Academy, winning Wales caps at youth and under 20 level. 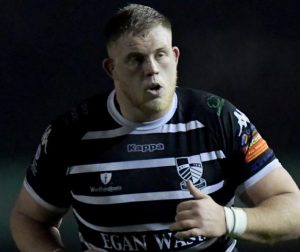 An imposing figure at over 6ft in height Corey showed maturity beyond his years as a prop forward, prominent in tight and loose, and allocated to Pontypridd RFC in the Premiership. He made his senior debut for the Blues in 2016 still at only nineteen years of age.

Corey’s rugby development saw him involved to a greater degree at regional level, having made 43 appearances at club level with Pontypridd.