Cardiff born, Thomas Dickens represented Rumney RFC and the Blue and Blacks at junior level, gaining recognition with Cardiff Schools in the under 15 and under 16 age groups. 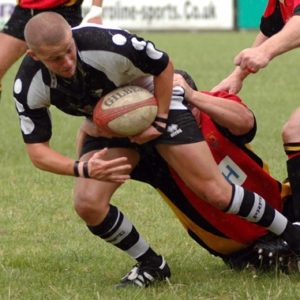 At only sixteen years of age, Tom moved up to the Pontypridd Academy in 2002, his blossoming rugby career further advanced as international honours were gained with Wales Schools and Wales Youth.

Progressing to the Warriors regional Academy he was selected to tour South Africa with the Young Warriors in the summer of 2004.

Tom was drafted into the Pontypridd senior squad at the commencement of the 2005 / 2006 season. Whilst representing Ponty in the Welsh Premiership, Tom also made appearances for Hartpury College, where he had enlisted as a student. During his time there he was called up to the Great Britain Universities Sevens squad.

In late 2006, Tom departed Pontypridd going on to represent Bristol, Merthyr and Bedwas.