Matthew de Maid stepped up to cover the scrum half position for Pontypridd over a period of five seasons, sometimes on permit from Pontypool. 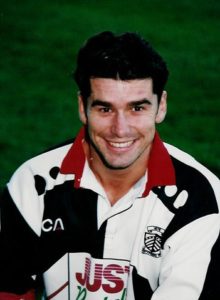 He was a member of the core squad who clinched the Welsh Cup and league title in successive seasons in 1996 and 1997.

Matthew worked for the family firm of lawyers based in Cardiff.