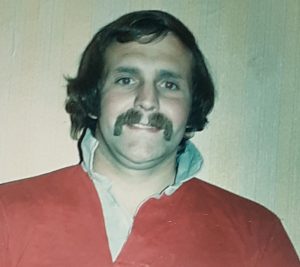 Playing at prop, Steve joined up with Pontypridd in 1965 and went on to make 18 appearances, scoring a solitary try during his one year spell with the club.

An all-round sportsman, Steve was a lifeguard at Mountain Ash baths and was an adept water polo player.