Cardiff born Seb Davies was nurtured through Coleg y Cymoedd and the Blues age grade system, progressing to the regional academy from where he was given a placement with Pontypridd in 2014. 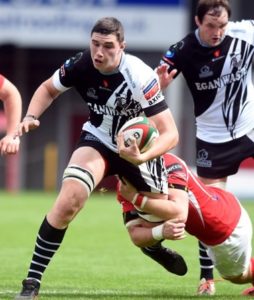 A towering ball winner and carrier, Seb made his mark for Ponty in Premiership and British & Irish Cup matches.

In 2016 Seb moved on to play for Cardiff, and becoming more involved with the senior Blues team, was called up by Wales for the 2017 summer tour to Tonga and Samoa.