Tight head prop Ross Davies joined up with Pontypridd on a short term basis towards the end of a long and illustrious career.

The Newbridge product had played at senior level for Cardiff and Neath before making a move to England including a spell at Premiership level with Sale Sharks. 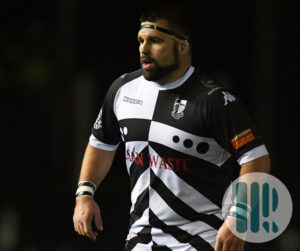 Having represented RGC in the Welsh Premiership Ross crossed the Atlantic to play in the USA, and made his brief visit as a player to Sardis Road during the American close-season in 2019.