Hailing from Cwmavon, Mike Davies came up through the ranks of Bridgend Youth, before moving across the border to England as he graduated to senior status. 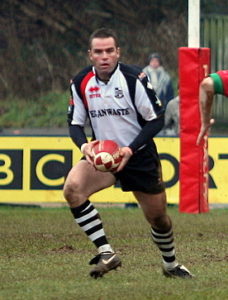 Joining Gloucester RFC in 1999, Mike then moved on to Coventry and to Pertemps Bees for three seasons each, in the meantime gaining representative honours with England Counties.

Returning to his homeland, Mike joined up with Maesteg in the Welsh Premiership, making his mark as a hard running centre. As the “Old Parish” were relegated from the top flight at the end of the 2007 / 2008 campaign, Mike Davies duly accepted an offer to transfer his services to Pontypridd.

Mike departed Pontypridd RFC in the summer of 2009.