Reading born, Will Davies-King was raised in Chepstow and educated at Gloucester before returning to Wales to study at the Cardiff Met college. 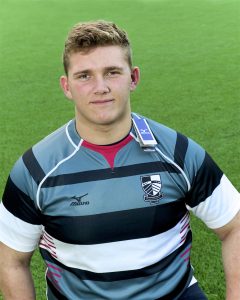 Earning a reputation as a solid scrummaging tight head prop who could put his 6ft 3in frame to good use around the field, Will was given experience at Premiership level with Cardiff RFC.

A move to Pontypridd followed in 2016 and following a run of impressive performances, international honours with Wales at under 20 level. Will was duly drafted into the Blues Academy and made his senior regional debut in 2019.