Pontyclun born, Joe Davies graduated through the ranks of Pontypridd RFC at Junior and Youth level. 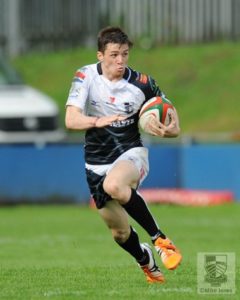 Making his mark as a pacey try scoring wing with the successful Pontypridd Youth side, Joe was drafted into the Ospreys Academy at under 18 level.

Graduating from youth to senior level, Joe was called up to the Pontypridd ranks in the summer of 2016, making 17 appearances and scoring 4 tries before stepping down from the squad to concentrate on his University studies.