Local boy Dafydd Davies represented Pontypridd RFC through the Mini & Junior age grades before departing to commence studies at Swansea Universities, for whom he also played. 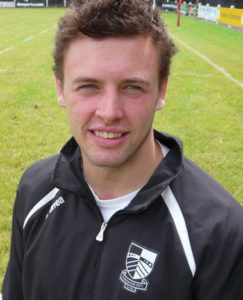 Having spent a couple of seasons with Llantwit Fardre Dafydd joined up with Clifynydd RFC in 2010, playing both in the second and back rows, and was a key performer in the club’s impressive rise through the Welsh league structure.

An invitation to train with Pontypridd followed in the summer of 2012 and after making the most of his opportunities during the club’s pre-season friendlies, Dafydd duly signed up for the senior squad.

He made three senior appearances for Ponty during a one season stint with the club.