Hailing originally from Llanddewi Brefi, Dafi Davies moved with his family to Llantwit Major and was educated at the renown rugby nursery of Millfield School. 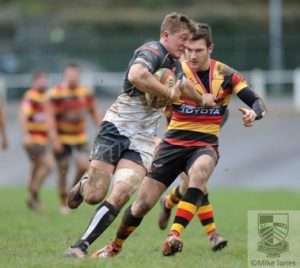 Drafted into the Blues Academy, Dafi was allocated to play for Llanharan then for Pontypridd, making his mark as an abrasive back row forager.

In December 2015 Dafi made his link with Pontypridd a permanent one, drafted into the senior squad upon his release from the regional ranks.

Over the ensuing two seasons Dafi went on to make 33 club appearances, scoring 8 tries as he made his contribution from the blind side and openside flanker positions.