Loose head prop Bill Davey made his way into the Pontypridd squad in 1968 and over the following eight seasons became a core player, alongside other stalwarts of his generation such as Bob Pemberthy, Tom David and Dennis John. 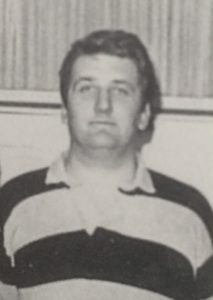 He went on to make 281 appearances for the club, scoring 11 tries which was a not insignificant return for a hard grafting prop forward.