A product of the Penygraig junior and youth set up Jack Dando progressed to the Blues Academy, winning caps for Wales at under 16 and under 18 level. 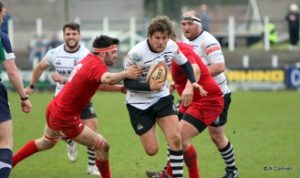 Allocated to Pontypridd as an academy intern in 2011 Jack made an impression as an abrasive player in the loose.

A shoulder operation hampered his career, but following recuperation Jack joined up with Beddau RFC. A return to Pontypridd came in the summer of 2015.

Jack’s return to the senior ranks with Pontypridd was again interrupted by injury, limiting his club appearances to twelve before his departure in the summer of 2016.