Local boy Stuart Cox represented Pontypridd Schools and progressed to the Pontypridd Youth and Athletic squads, playing as a centre. 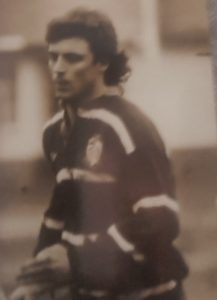 A step up to senior level with Ponty followed in 1985, Stuart going on to make 22 appearances during a two year spell and crossing for two tries.