A product of his local club Ynysybwl, Owen Cotton featured initially as a lock forward as he progressed from Youth to Senior level, but then converting to loose head prop. 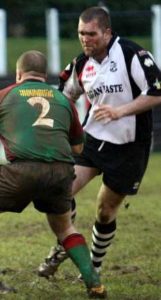 An invitation to play on permit for Pontypridd saw Owen making a number of appearances at premiership level towards the end of the 2007 – 2008 season.

The following summer Owen was fully signed up by Pontypridd, adding his physical presence to the club’s front row options, also his versatility in covering both the loose and tight head prop positions.

Owen left Pontypridd in the 2009 off-season, going on to represent Beddau and Bridgend.