Scrum half Tommy Coombes joined Pontypridd in 1959 and went on to play a prominent role in the Championship winning team of the early sixties, going on to captain the club in 1965 and 1966. 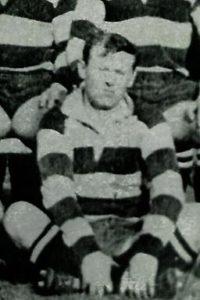 Coombes ran in 13 tries and scored a creditable tally of 16 drop goals for Pontypridd, during a career spanning a near decade in the 1960s.