Gavin Close signed up for Pontypridd from neighbouring club Rhydyfelin during the summer of 2007, but his first season at Sardis wrecked by a serious knee injury, restricting him to only two senior appearances. 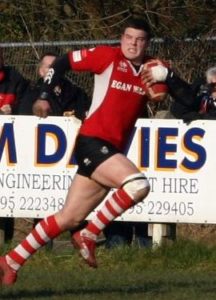 Recovering from a double surgery, the 6ft 4in winger was leased back out to Rhydyfelin at the commencement of the 2008 / 2009 campaign.