Windsor Caldicott broke into the Pontypridd team in the period when rugby resumed following World War Two and represented the club for almost a decade. 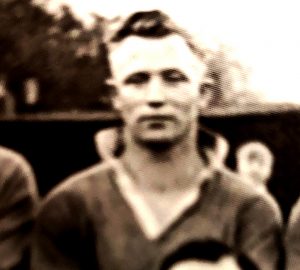 A prop by his favoured position, he was capable of adapting to play in the back row and on occasion showed greater versatility by turning out as a full back.

Windsor’s contribution to the cause tallied 157 club appearances in which he scored 17 tries.