Aled Brew was born in Cardiff, but raised a Welsh language speaker when the family including his older brother Nathan moved back to his mother’s home town of Brynaman. 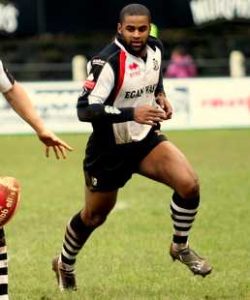 Aled transferred to the Blues from the Ospreys in 2008, having also represented the Gwent Dragons on loan.

A Wales international at all Youth levels up to under 21s, and a regular with Wales Sevens, Aled gained senior honours for his country, against Ireland and Australia in 2007.

Aled was made available by the region to play for Pontypridd during the 2008 – 2009 campaign before being loaned to Newport Gwent Dragons for the rest of the season.

Aled represented Wales Sevens in the first two stages of the 2007–2008 IRB Sevens World Series, in Dubai, UAE and George, South Africa, where the team won the Bowl trophy in the latter leg. Aled was also part of the victorious Cup-winning Welsh team at the 2009 Rugby World Cup Sevens.