Tony Bonetto was drafted into the Pontypridd squad in January 1954 and immediately made an impact, not only as a ball winning forward but also as a goal kicker who could disect the posts from long distance. He was the club’s highest points scorer in his first season. 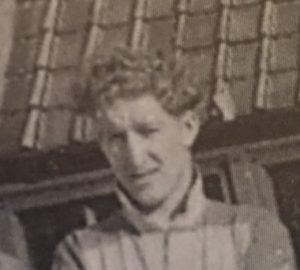 Bonetto went on to become a prominent member of the team over the following three campaigns, registering 244 points, mostly with the boot, in his 84 club appearances.