Liam Bodman came up through the ranks with his local club Beddau, graduating from youth to senior level before moving to play Championship rugby with Ystrad Rhondda. 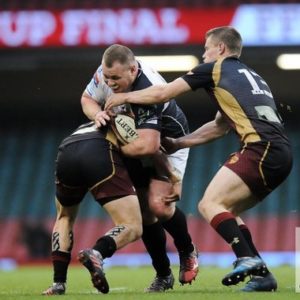 Identified as a young prop capable of packing down on either side of the scrum, and a strong ball carrier in the loose, Liam was called up as a trialist with Pontypridd in the summer of 2016. Having impressed in the games he played, he was duly drafted into the senior squad for the ensuing season but making only four appearances in a campaign hampered by injury.