Fred Bevan played for Llanelli at senior level whilst still a schoolboy at Carmarthen and went on to study at Trinity College in his home town, representing Welsh Universities. 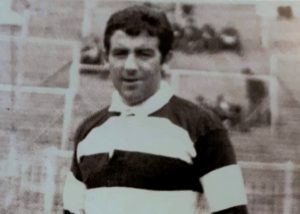 Moving to London to take up a post as a teacher, Fred played for London Welsh, and upon his return to Wales to work in Cardiff, joined up with Pontypridd in 1966.

Fred made 40 appearances for Ponty at outside half, contributing 66 points.