Cardiff born, flanker Justin Benfield came to the fore as a robust back row operator with Llantwit Fardre in division two of the Asda Welsh leagues. 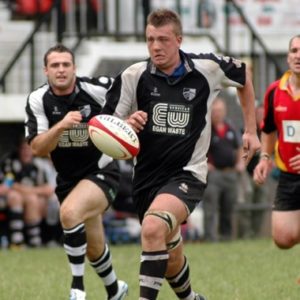 In the summer of 2006 Justin came down to Sardis Road as a trialist, and having shown a good degree of physical prowess and ability in Ponty’s pre-season warm up games, was signed up by the club for the ensuing campaign.

Finding his opportunities at Pontypridd limited, Justin chose to rejoin Llantwit in early 2007.