Treorchy product Liam Belcher came up through the ranks of the Blues age grade system and academy, gaining international honours with Wales at youth level. 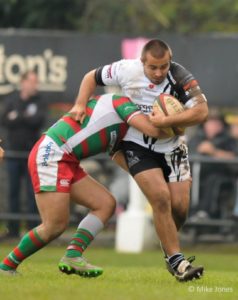 Gaining a placement with Pontypridd RFC in 2014 the dynamic front rower impressed with a number of stand out, try scoring perfomances, contributing to the club’s successes in the British & Irish Cup.

A senior contract with the Blues followed in 2015, with further international honours gained at under 20 level.

Liam Belcher continued his link with Pontypridd into the 2016 – 2017 campaign, always a stand-out performer who led by example, before establishing himself in the senior Blues regional squad.