Born in Pretoria, Andre Barnard arrived from South Africa, and became a useful member of the Pontypridd squad as a centre/utility back. He partnered the ever reliable Paul John at outside-half, before Neil Jenkins returned to full fitness in 1997. 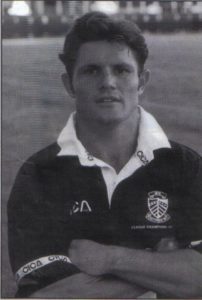 In his homeland, Andre served in the South African army, and played for Transvaal under 20s and Natal. In only 23 appearances for the club, Andre proved his worth with a healthy return of eight tries, thirteen conversions and two penalties.

Andre left Pontypridd in 1999 to join up with Swansea.