Matt Bancroft joined Pontypridd RFC from Bedwas RFC in the summer of 2022.

The versatile outside-half, who could also play scrum-half and full-back had prior experience of playing in the Welsh Premiership during a 3-year stint with Bargoed when he was younger before joining the Bridge Field club.

Whilst he was with Bargoed Matt also played for the Dragons U16’s and U18’s regional age grade sides. 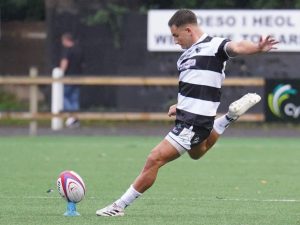 He played in Ponty’s first match of the 2022/23 campaign against Cardiff, but proceeding that found his game time limited and left halfway through the season for pastures new.