Steve Bain was an uncompromising second rower who typyfied Ponty’s physical approach to the game under the coaching of brothers Clive and Chris Jones in the late eighties. 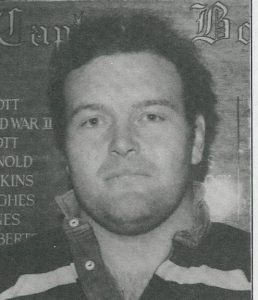 He continued to play with Pontypridd into th new era of the league structure which commenced in 1991.

Steve made a total of 215 appearances for the club, scoring eleven tries in the process.