Hailing from Wattstown in the Rhondda Valley Mitchell Auger came up through the ranks of Ystrad Rhondda RFC, being drafted into the Blues regional age squads as he progressed to youth level. 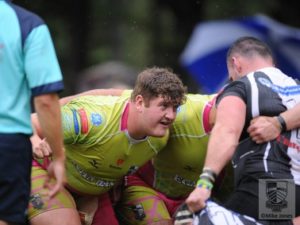 A step into senior rugby came in 2013 with a move to Premiership club Bridgend.

Following a brief spell with Bedwas, Mitchell was invited to play on permit for Pontypridd in November 2015. The move was made permanent, bolstering the depleted ranks of Ponty’s front row unit for a two year spell, before departing in the summer of 2017.