James was known as “Elvis” due to the actions he took marking the touchdown of many memorable tries – he would twirl around the corner flag, and use it as a microphone in celebration voicing a word or two in the mode of Elvis Presley! 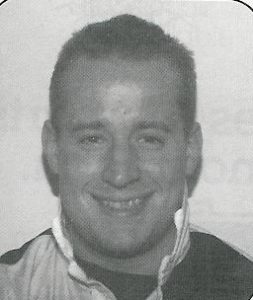 James played for Newport and Swansea, and was in the Pontypridd team that hosted the touring Springboks side in 1994.

James totaled twenty-five appearances for Ponty, becoming a firm favourite with the fans due to his rampant style of play in the loose.